Contribute to society through the industrial application of mathematics

Key points of the solution

The solution of the semiconductor layout optimization and aspect ratio optimization provided on this site is described in the patent gazettes (Japanese Patent Laid-Open No. 2003-57843, Patent No. 4298571, WO2018-216091). If you are interested in the details of the solution, please see them. However, patent gazettes contain a lot of mathematical formulas, so they are not easy to read. Therefore, here we will explain the points of interest and the key points of the solution method to find the optimal solution. By doing so, you will understand the strengths and weaknesses of this solution. 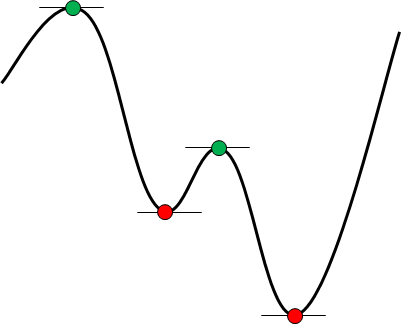 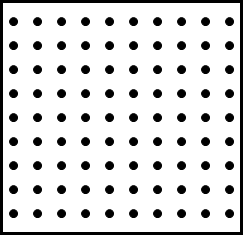 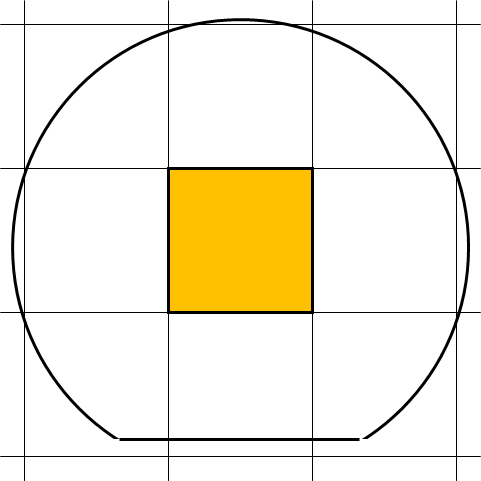 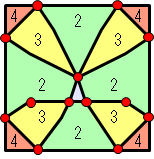 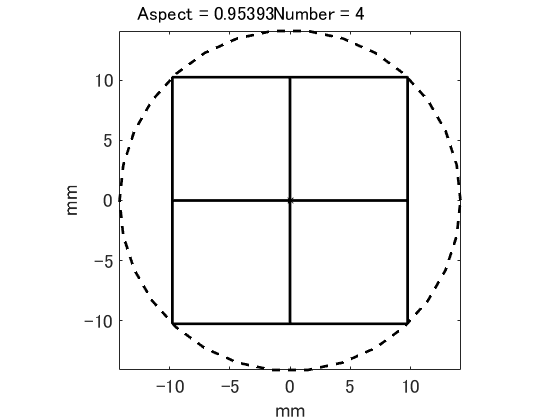 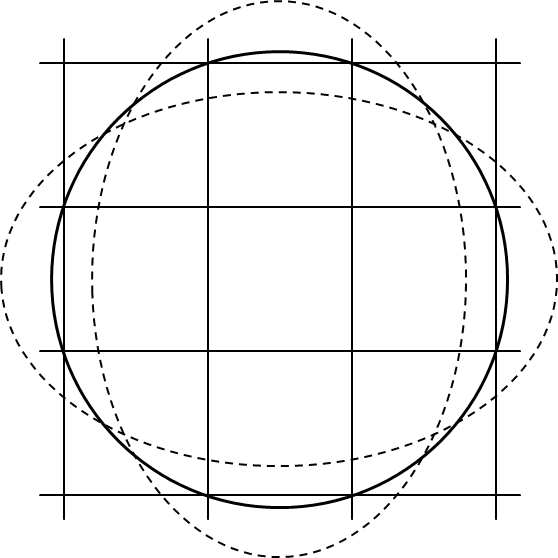 The finite number of candidate solutions in chip aspect ratio optimization is to find the wafer center position and aspect ratio that satisfy this condition. In the placement optimization, we looked for a case where two chip grid points touched the wafer boundary. Similarly, aspect ratio optimization looks for three chip lattice points touching the wafer boundary. The difference from the placement optimization is that the center of the wafer is included inside the triangle connecting the grid points (including on the sides).
However, you notice another problem here. Changing the aspect ratio changes the position of each grid point. The amount of movement is proportional to the distance from the center of the wafer boundary circle. In the placement optimization, the chip lattice point does not move, so we only need to optimize the wafer center position. But this time, I could not come up with a solution algorithm.
Therefore, we considered a method of solving without changing the chip grid. Instead of changing the chip grid, it changes the aspect ratio of the wafer boundary circle. In other words, the wafer boundary circle is made elliptical. Then, translate it so that it touches the three selected grid points. The equation solves a system of quadratic equations where the ratio of the major and minor axes of the ellipse and the two-dimensional coordinates of the center of the ellipse are unknown. In reality, the wafer cannot be deformed freely. However, as a problem, it is converted to an equivalent mathematical expression and solved, and then inversely converted to a correct solution.
How to use  To the previous page To the next page   FAQ